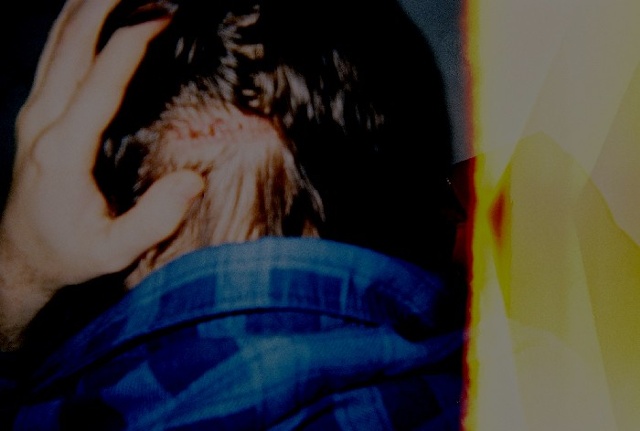 In January of 2009 I slipped on an icy curb and fractured my ankle. This was the second time in two years that I'd broken my left foot. My friends and family couldn't believe it. I was working part time as a nanny and the family I nannied for had to find a replacement. Due to complications the agency I had worked for fired me for being "irresponsible" and said they did not want me representing their company. This was a blessing in disguise because it pushed me to sign up for community college after being out of school for three years.

I was unemployed for six months and I found many of my friends and I looking for jobs and receiving food stamps. I saw friends with fresh Bachelor's degrees working for minimum wage if they did have a job. When I finally went back to work it was only through networking and nepotism. The corporation I currently work for is thriving on our failing economy by attempting to get people to join their for-profit colleges. We work in cubicles in a call center and we call uneducated or unemployed people who have filled out forms online looking for jobs and then we ask them "Are you considering going back to school?" I've been going to school full time and working part time at a place which constantly threatens to fire me. I hate it and I'm afraid to look for a new job because it was so grueling last time.

Someone I love very much experienced a variety of health problems that forced him to undergo numerous surgeries all year long. This picture was taken of his stitches from a nerve surgery. He is in constant pain. Someone I drank beer and played cards with overdosed on heroin a few months later. He left behind a four year old son. This was one of the harshest winters I can recall. I saw most of my friends in their twenty somethings distracted, confused, unmotivated, and uninspired. Although 2009 was a bad year we came together to cook meals for one another, find free entertainment, and pass time time as inexpensively as possible. The one I love paid my rent for many months. I still have hope 2010 will be a better year.