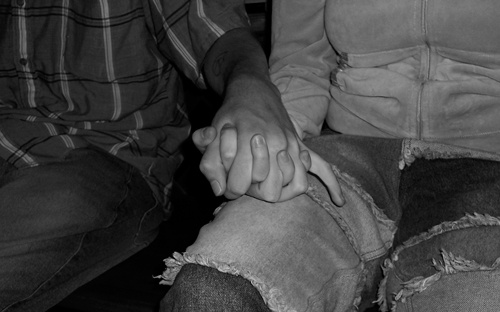 When I was just a kid I fell in love with my best friend and spent the next 8 years having an amazing relationship with him. In 2009 I was forced to end our 10 year long relationship because over the years he had turned into an alcoholic monster due to him not being able to move on and let go of his violent and abusive upbringing. You win Keith.

His name was Aaron. He died this past August. He was 28. After we broke up he became homeless and started traveling.He had come back home for a couple of weeks but had no place to stay. One night he got drunk and, in order to escape the elements, climbed under a semi truck and it crushed him as he slept.

I can't feel anything anymore. Like I'm watching old family film reels from under water.